Port Macquarie Gaol no longer exists, however it once stood in the area between Lord and Joffre Streets, near the headland known today as Gaol Point. Referred to as the “old gaol” by the local community, it served at other times as a New South Wales Prison and police lock-up.
When Port Macquarie was established as a penal settlement for secondary offenders in 1821 there was no gaol. The settlement’s isolation was intended to keep the convict population confined. Convicts were housed in huts and barracks in and around the settlement, close to their places of work.

Built by 1840, the gaol’s brick exterior was described as somewhat imposing with its outer walls forming an irregular polygon of eight sides. A newspaper report published in the Sydney Herald in 1840 was not so complimentary about the gaol interior: ‘…We cannot bestow much praise on the architect. The cells are in our opinion, extremely unhealthy, from being too confined and wanting ventilation – the same remark, in fact, applies to the buildings generally; the gaoler’s quarters are the most inconvenient as to size and shape, that we have ever seen…’.

For various reasons and perhaps because of the building’s failings, the gaol was not used regularly. In September 1865 it was declared a place for the detention of male offenders, including with hard labour. The gaol received its first 28 prisoners on 22 September 1865. The group had committed crimes including larceny, horse stealing, indecent assault, robbery under arms and embezzlement. A little over a month later, six of those prisoners had managed to escape through a hole in the outer wall, giving an indication of the building’s insecure state.

In March 1872, prisoner Thomas Hampton, escaped by scaling the gaol wall using stools tied together to form a ladder. Warder Matthew Conan was on duty in a nearby sentry box and set chase, firing his rifle at the escapee on several occasions and eventually finding him dead. A coroner’s jury returned a verdict that Hampton died of a gunshot wound inflicted by Warder Conan, whilst in the execution of his duty, and that it was a justifiable homicide.
A Prisons report of 1877 indicates that the gaol had accommodation for 11 separated and 122 associated prisoners. However, records suggest the number in custody at that time was mostly in single figures.

In 1912, its final year of use, the lock-up was proclaimed a prison under the Prisons Act, which effectively de-proclaimed it as a gaol. The Port Macquarie Agricultural Show Committee came up with plans to redevelop the building for its own and community use but did not proceed.

By July 1920, the old gaol had been demolished. It was systematically disassembled and its bricks and other materials disposed of by tender. 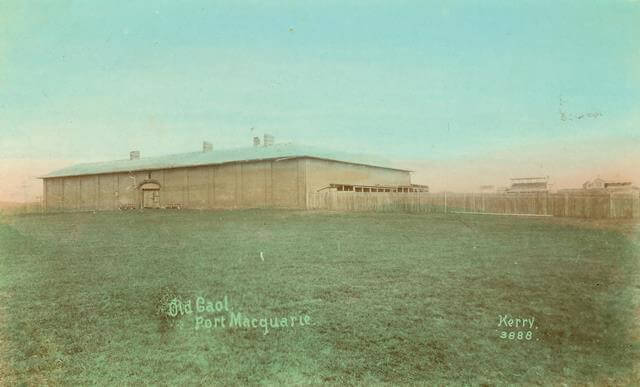 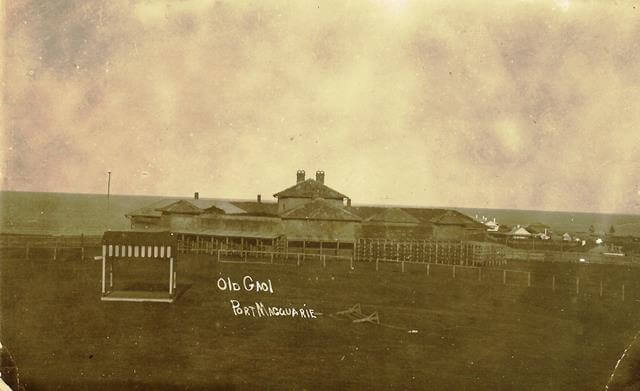